La Compagnie, the all-business-class airline based in France, will launch a postponed service between Newark (EWR) in New Jersey and Tel Aviv (TLV) from Dec. 4.

The carrier, which has previously said it is aiming to diversify its service beyond its EWR-Paris Orly (ORY) route, had planned to launch the TLV service, which includes a 90-min. stop at ORY, in July. But border restrictions in Israel related to COVID-19 pushed back the route’s start, according to La Compagnie.

The flights will be operated 2X-weekly with an Airbus A321neo aircraft.

The airline’s signature EWR-ORY transatlantic service, which resumed in June at a rate of 4-5X-weekly, will increase to daily service in November. The carrier tied the boost in frequencies to the US government’s decision to open its borders to vaccinated international passengers from Nov. 8.

Start dates were also released for two additional La Compagnie routes that have been delayed.

The carrier will begin the EWR-Milan Malpensa (MXP) route on April 13, 2022. The route, which will be operated 4X-weekly, had been scheduled to start in November.

Flights between EWR and Nice (NCE) in France, a route La Compagnie previously operated and had planned to restart in July, will not resume until May 7, 2022. It will operate 3X-weekly on a seasonal basis through Sept. 27, 2022.

“The recent announcement from the US government gives us better visibility on the resumption of activity,” La Compagnie President Christian Vernet said. “The entire team at La Compagnie is prepared and ready to fully tackle this rich program that we have been keen to put in place for the past few months. Utilizing the full capacity of our [aircraft] by broadening our horizons is not only essential but relevant when it comes to meeting the expected surge in demand from both the leisure and business markets.”

The airline’s active fleet is comprised of two A321neos.

Following the recent announcement of vaccinated travelers being able to enter the U.S. on November 8 and with Israel also planning to reopen its boarders this Fall, La Compagnie is ramping up service for the end of 2021 and looking ahead to 2022 with an updated schedule of all business-class flights from New York to Paris, Tel Aviv, Milan and Nice.

New York (EWR) to Paris (ORY) - FROM $2,000 R/T
Since the opening of European borders in June, La Compagnie has resumed its activity between New York and Paris at a rate of four to five flights per week. The latest announcements from the US government will allow the airline to resume daily service starting November 2021 offering travelers more choices and flexibility at the most attractive fare.

New York (EWR) to Tel Aviv (TLV) - DECEMBER 4, 2021
Given the success of its business model and the performance of its two new Airbus A321neos, La Compagnie announced its ambitions to launch a new route between New York and           Tel Aviv this summer which was postponed due to extended travel restrictions by the State of Israel. This route will finally see the light of day starting December 4, 2021, with two flights per week between Newark International Airport (EWR) and Ben Gurion Airport (TLV) with a 1h30 stop in Paris.

New York (EWR) to Nice (NCE) - MAY 7, 2022
In addition to the 2022 program, seasonal service between New York and Nice will resume on May 7, 2022, with three weekly flights operating until September 27, 2022. This route, which successfully launched in 2019, provides travelers direct access to the South of France during prime season.

“The recent announcement from the U.S. government gives us better visibility on the resumption of activity. The entire team at La Compagnie is prepared and ready to fully tackle this rich program that we have been keen to put in place for the past few months. Utilizing the full capacity of our devices by broadening our horizons is not only essential but relevant when it comes to meeting the expected surge in demand from both the leisure and business markets,” shared Christian Vernet, President of La Compagnie.

To help customers plan their trips with complete peace of mind, all La Compagnie tickets are now bookable at 100% Flex - changeable and refundable at no cost- up to 24H before departure. Special promotional deals are also available now through December 31, 2021, with round-trip fares between New York and Paris and New York to Tel Aviv starting at $2,000. Travel dates are subject to availability and all taxes and carrier-imposed fees are included in the fare. La Compagnie authorizes two checked bags per passenger free of charge; baggage fees apply for any additional bags.

For reservations on La Compagnie, visit LaCompagnie.com, call the airline’s call center at 1-800-218-6820, or contact your preferred travel advisor. 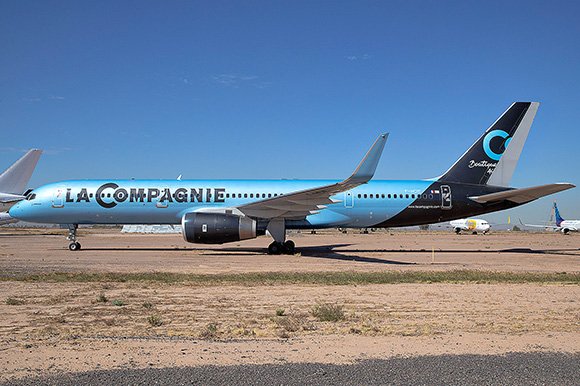 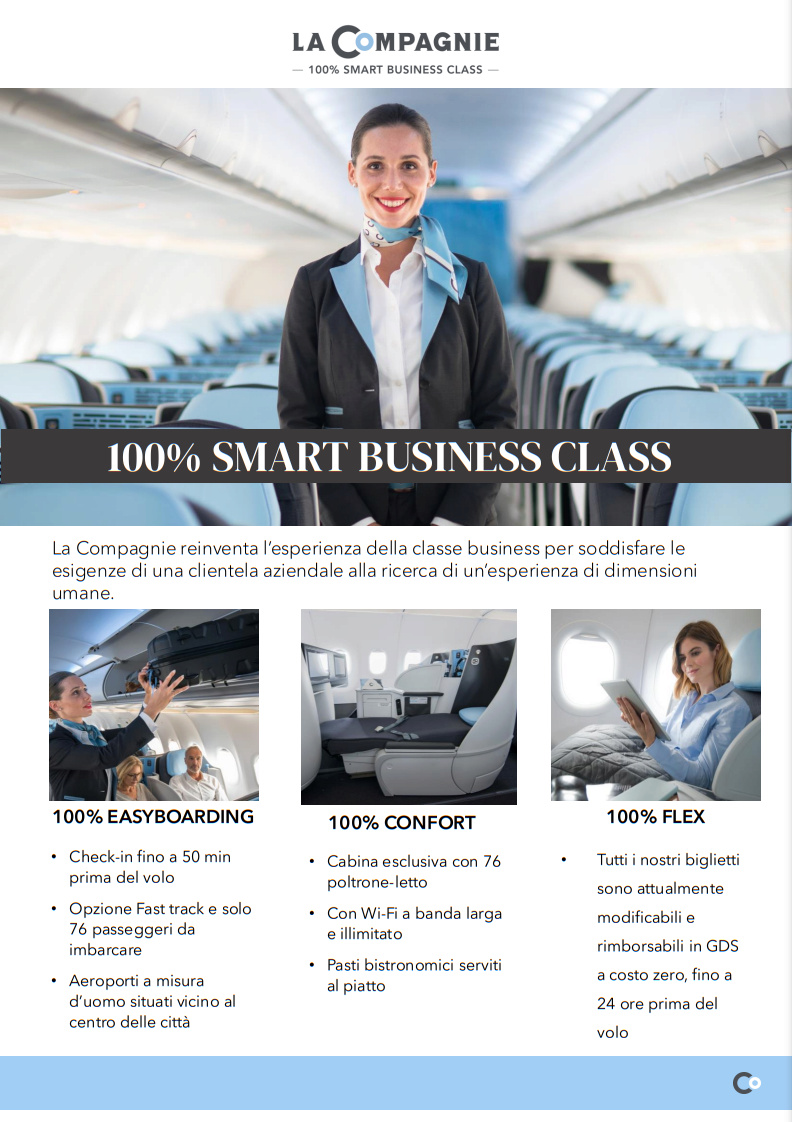 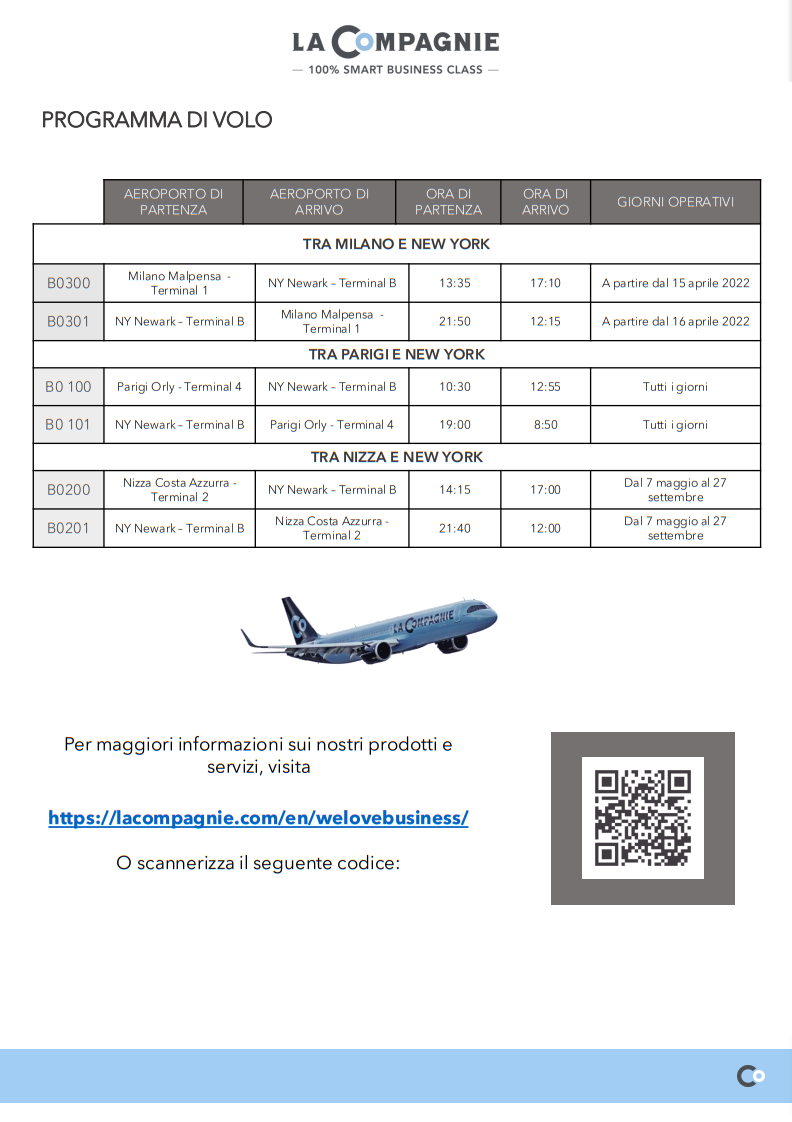 French all-business class airline La Compagnie has confirmed its first flights between Milan Malpensa (MXP) and New York Newark (EWR) will take off on April 15.
Five services per week will be offered using Airbus A321neos. The airline previously only served Newark from Nice (NCE) and Paris Orly (ORY). “Our clientele is consistently looking for a smart, upscale, and thoughtful experience on-board La Compagnie and we are eager to attract both business and leisure travelers with this new route,” president Christian Vernet said. 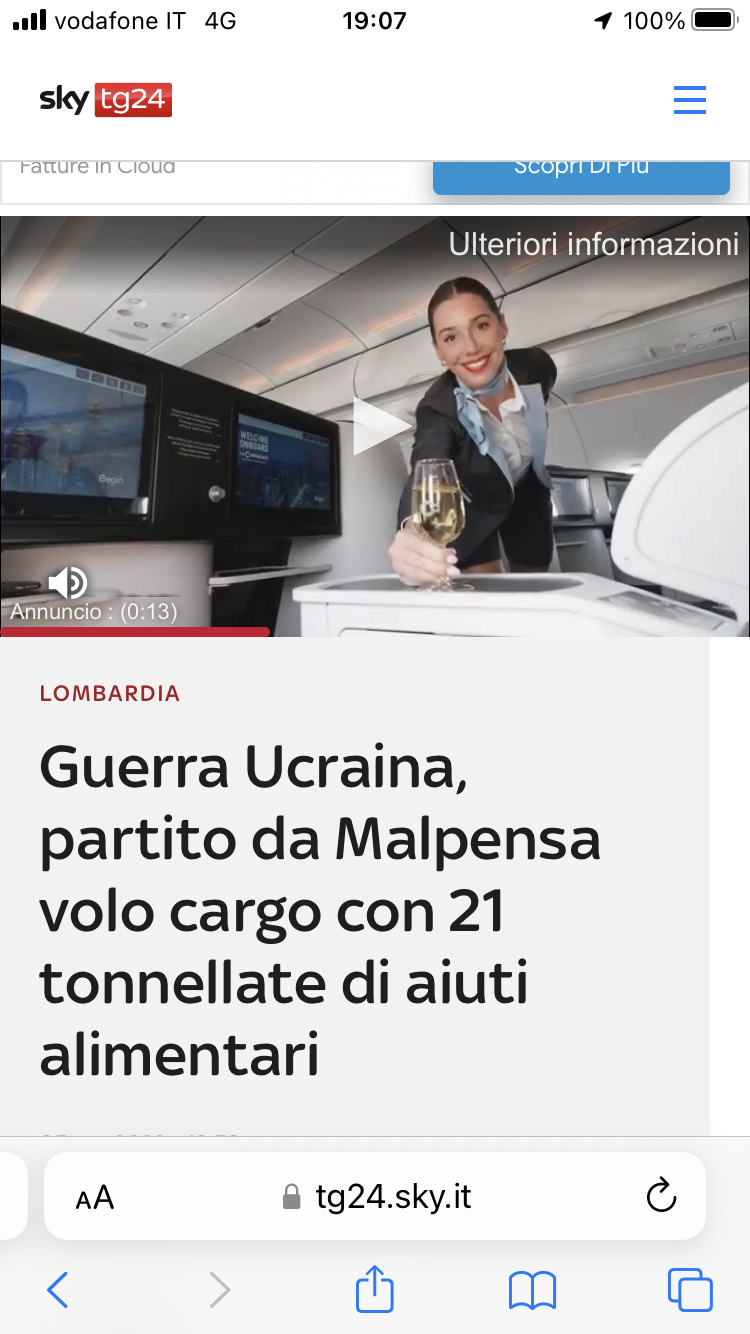 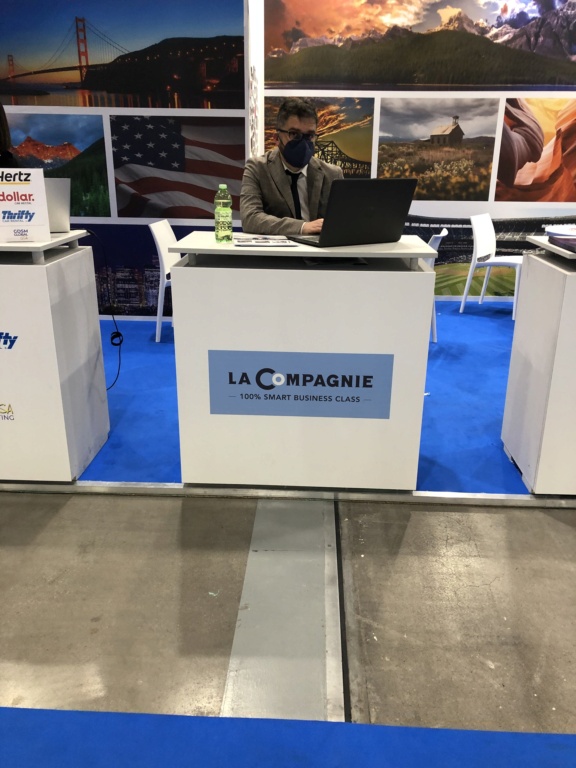 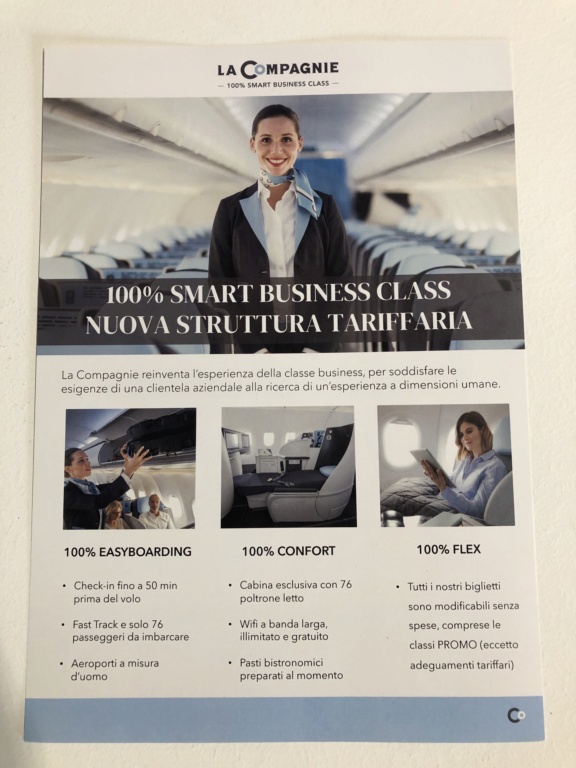 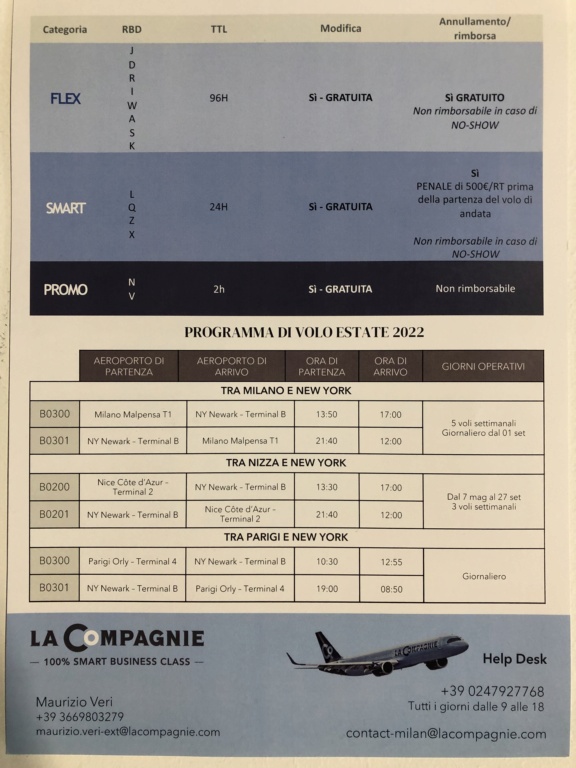 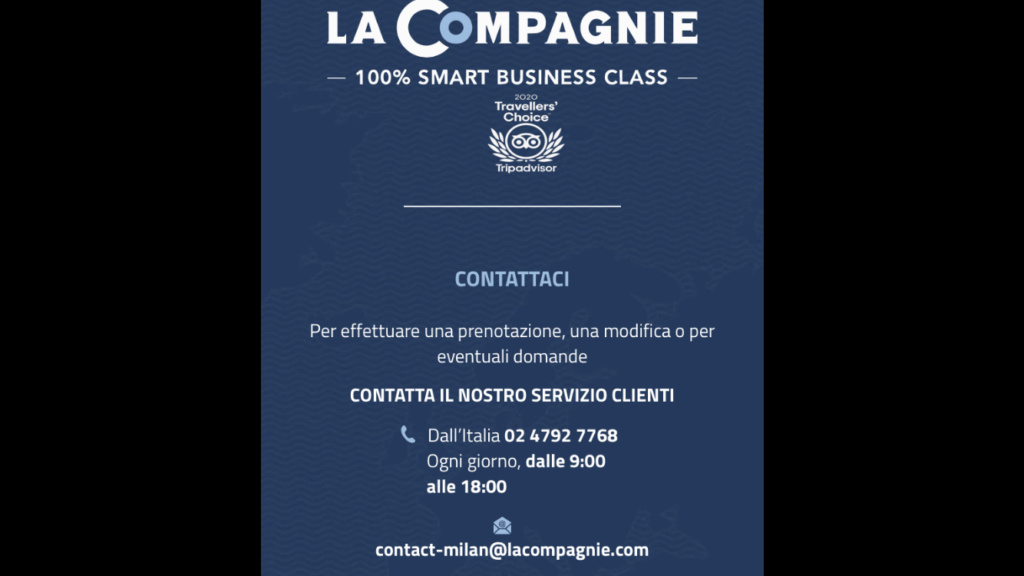 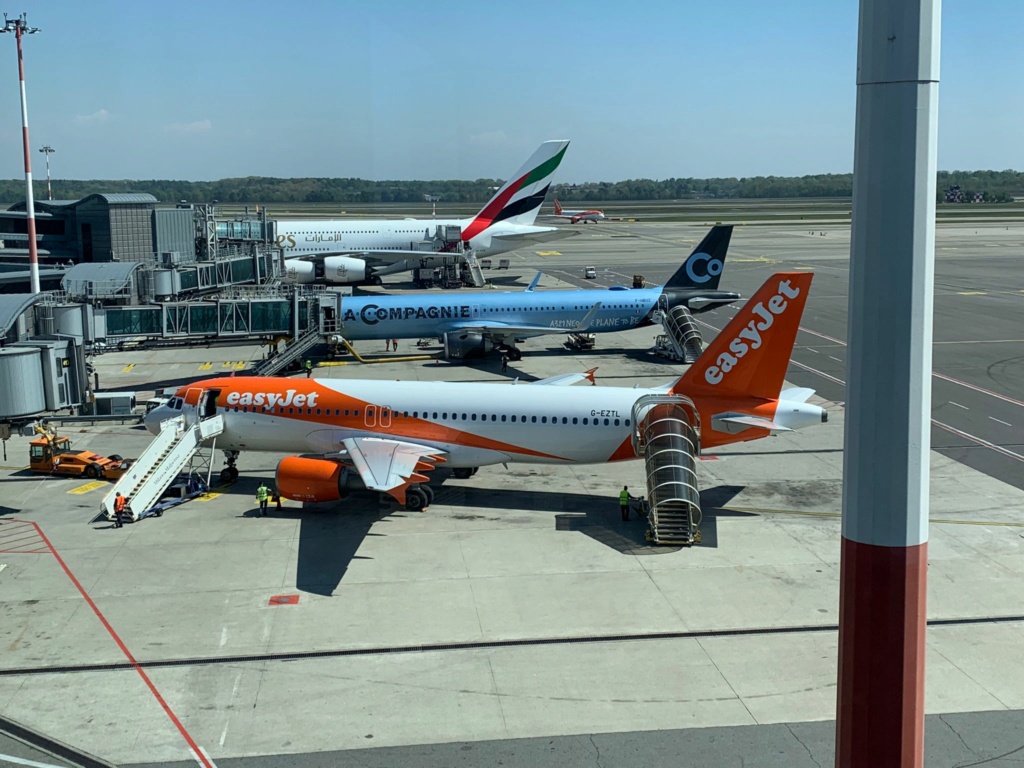 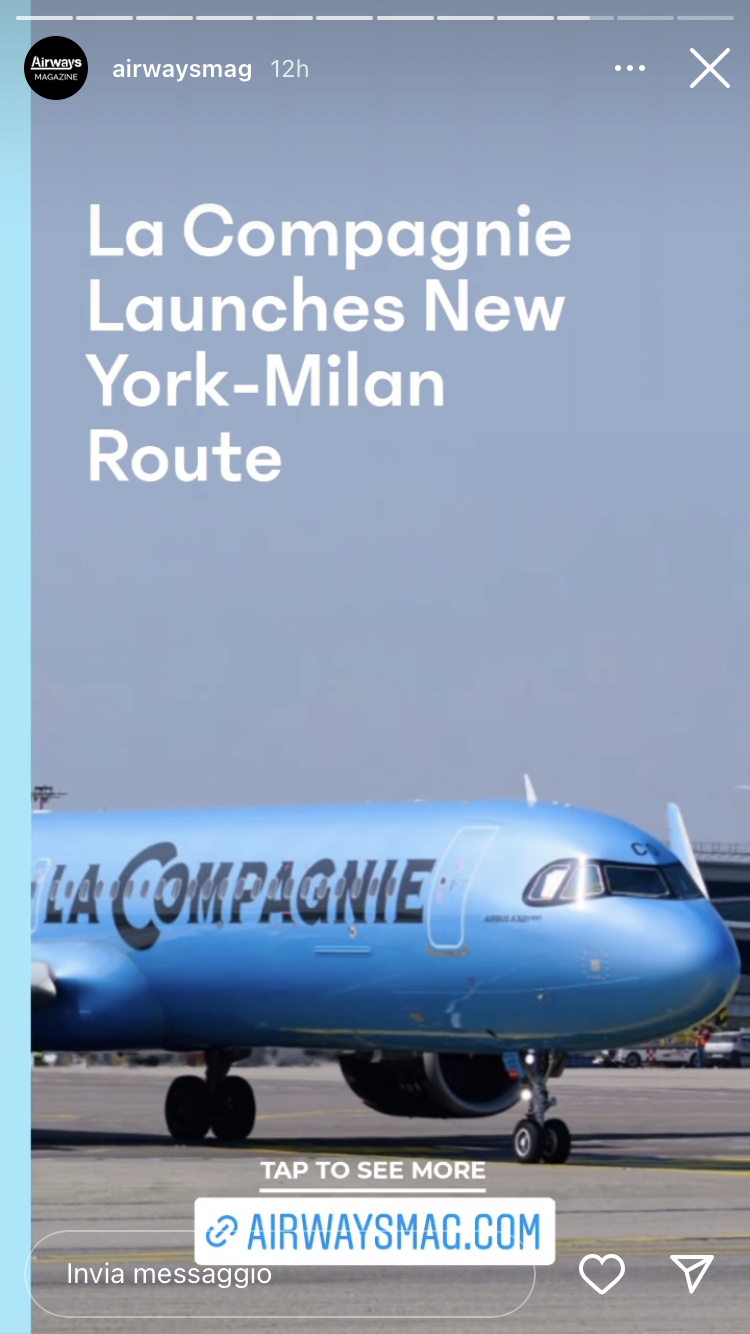